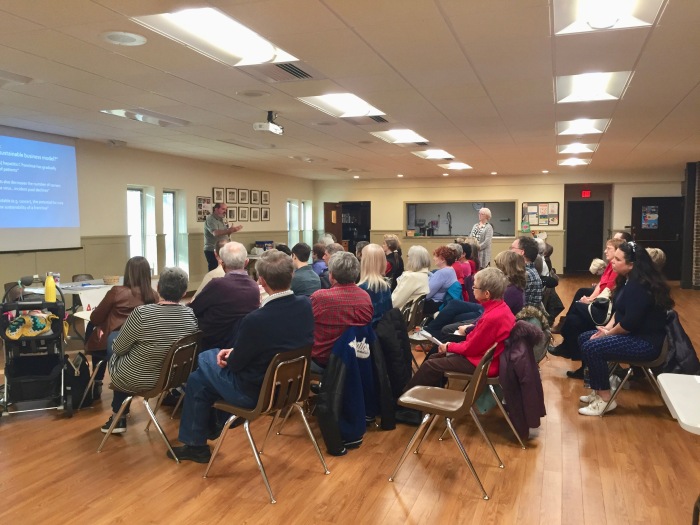 Medicare for All was the topic of ACE’s November meeting. Speaker John Perryman, M.D., discussed a plan developed by the Physicians for a National Health Program (PNHP)—a universal, comprehensive, single-payer national health plan. The Expanded and Improved Medicare for All Act, H.R. 676, would cover medical, dental, vision, prescriptions, mental health, hearing, and long-term care. There is no exemption from the Hyde Amendment, however.

American health care is the most expensive in the world, with a yearly budget of $3.3 trillion. For a family of 4, average health insurance and out-of-pocket expenses with an employer-sponsored PPO is $26,944, according to the Millman Medical Index in May, 2017.

“Most larger insurers and pharmaceutical companies are publicly traded, for-profit companies,” Perryman said. “Costs are going up, and they will pass those costs onto patients.” 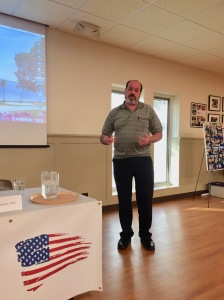 Drug prices vary from country to country with the United States paying top dollar for every prescription. The arthritis drug, Celebrex, for example, costs $212 in Canada, while patients here pay $895.

“It’s illegal for Medicare to negotiate drug prices,” Perryman told ACE members. “Nothing prevents this type of price gauging. All other countries pay less because they negotiate.”

U.S. hospital costs also are the highest in the world. According to the International Federation of Health Plans, total hospital and physician costs for bypass surgery in the United States is $78,318, while people in Spain pay $14,579 and those in Switzerland pay $34,224. Prices even vary at different hospitals within the same U.S. city.

For insurers to stay profitable, they shift costs onto patients in the form of rising deductibles. The cost of the average deductible has tripled in eight years from $584 in 2006 to $1,505 in 2016. With those higher deductibles, people will just go without care. Along with the obvious losses including deaths from not being able to afford proper care, 62% of all U.S. bankruptcies attribute medical costs as a contributing factor.

“Millions are pushed into poverty because of medical costs,” Perryman said. “I’ve seen it in my practice.”

Under the PNPH plan, care is still provided by private institutions, but investor-owned facilities will be transitioned over to non-profits. The plan covers everyone from birth to death, and there are no deductibles, premiums, co-payments, or co-insurance. It also will ban duplicate private coverage, ensure hospital budgeting, separate capital budgets, and negotiate drug and device prices.

The United States’ public spending for health already exceeds total spending in other countries, according to 2016 statistics from the Organization for Economic Cooperation and Development. The PNPH cites 27 studies on Medicare for All that show the savings would be equal to or greater than the costs. Employers would have to pay an increased payroll tax (exemptions for small business owners could be incorporated), but they would save nearly $15,000 in commercial health insurance, workman’s compensation savings, less risk of rising premiums and sick employees, and savings on administrative time and expenses.

“This is a business-friendly proposal,” Perryman said. “Businesses are coming around to this.”

Besides better, more-affordable health care, other benefits for workers include the fact that health care would no longer be tied to a job, which would result in greater job flexibility and more security in a changing economy. This is especially pertinent when some predictors forecast almost 50% of the population could be self-employed in the forseeable future.

And no one will die because they cannot afford health care.